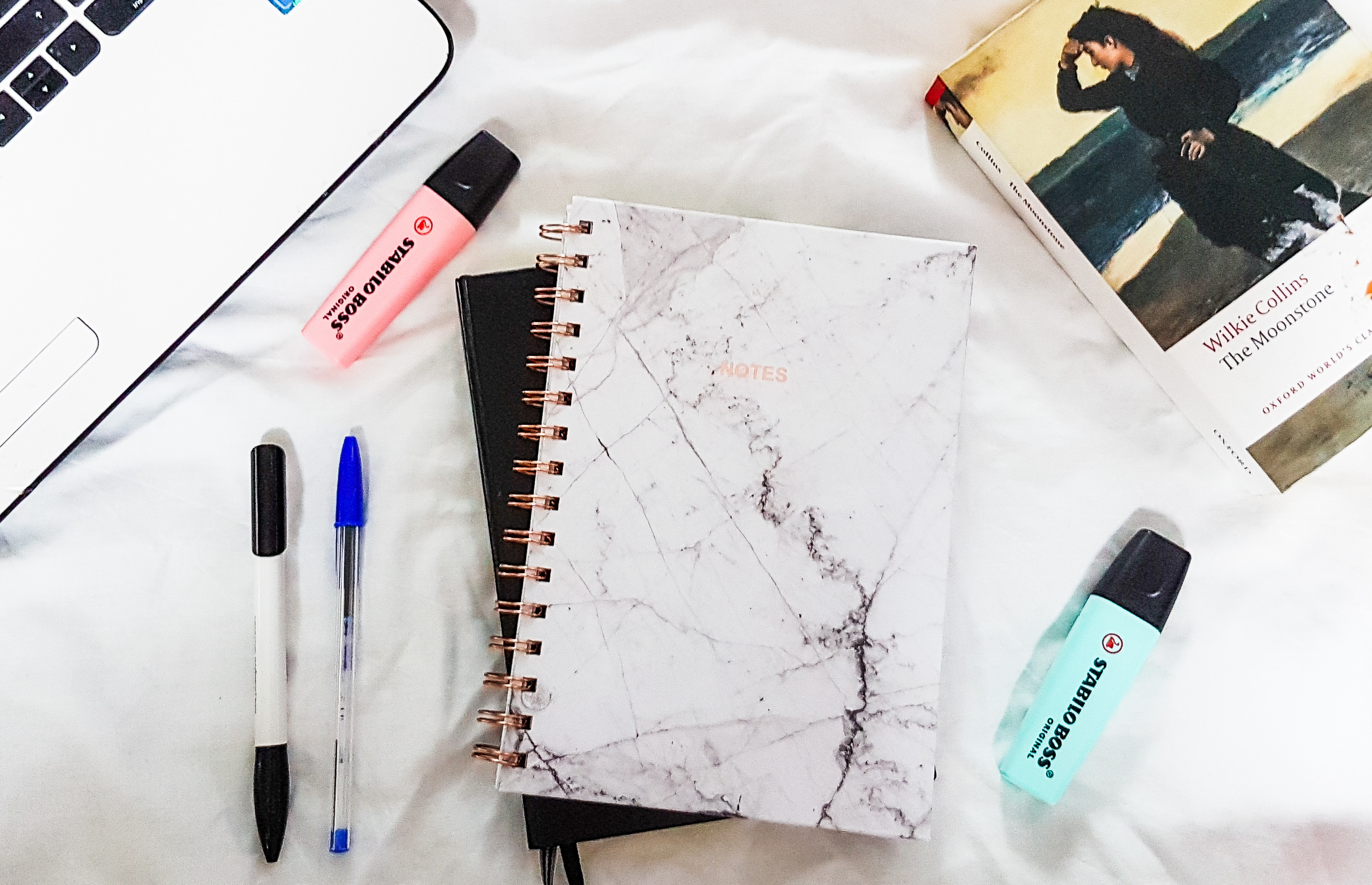 Having just finished second year, I’m now officially half-way through university – where has the time gone? My first two years of studying have been the most exciting, but also a couple of the most challenging years of my life. I’ve learned a lot, not least academically, but I’ve learned some life lessons as well. While I was expected endless reading lists and to gain some independence, there were some things that never even crossed my mind until I arrived. So, I thought I’d compile a list of the things I wish I’d known before starting university (and this is only a few of them).

Being an adult is expensive

As soon as I moved out and was left to stand on my own two feet I realized something: being an adult is expensive. I’ll admit, as a fresher I went a little spend-crazy. My student loan came in and my naive self thought shopping sprees and going out every night was a smart idea. That’s all fun and games until it dawns on you that taxis, weekly shops, and bills, unfortunately, aren’t optional and there’s no such thing as an unlimited supply of toilet roll. You’ll want to be saving the pennies every chance you can get. Second year came around and I learned that setting myself a budget is essential. Parting with that £90 for the monthly utility bill is heartbreaking, but hey, no-one said adult life was going to be smooth sailing.

You don’t have to go out every night

Sorry, what? I can hear undergraduates from far and wide questioning how a fellow student can say such a thing. Uni culture is all about the nights out, the triple vodka shots on a Wednesday night and the 4 am chicken strips and cheesy chips. But, it can get a bit much. I love a good night out as much as the next person, but there comes a point where 8-day benders aren’t viable.

My whole first semester of first year was solely based around being out every night and then suffering the following day. I couldn’t concentrate in lectures, I felt like crap 24/7 and in all honesty, I didn’t enjoy half of the nights anyway. Don’t get me wrong, I haven’t become some stay at home crazy cat lady. However, I’ve come to the realisation that there’s no point in forcing myself in environments I don’t enjoy. I just wish I came to this realization sooner to save myself from the seemingly endless fresher’s flu.

You will meet a lot of people

Freshers week: you’ll meet flat-mates, introduce yourself to course-mates, become best friends with some girl in a club’s toilets, but inevitably forget all of their names by the end of the week. I go to a fairly big uni so this was expected, but it was overwhelming how many times I was asked ‘What’s your name?’ and, ‘What are you studying?’.

You’re not going to find your best friends right away, and you’ll probably never see that group of people you belted out ABBA with last night ever again. However, as the months go by you learn who your friends are and that’s when uni is 10x better.

You need to work hard

Of course, I knew it would be difficult, it’s university after all. I just didn’t think it would be exhausting, head-pounding, up-at-3am-pulling-my-hair-out difficult.

We all know those people who could be out every night, never seem to attend any lectures, yet miraculously still ace all of their deadlines. Well, I’m not one of those people. During first year, I made every undergraduate’s irrevocable mistake of leaving deadlines until the last minute. Let me tell you, no one wants to be stringing together bibliographies and writing essays on Charles Dickens past midnight. But, you live and you learn: leaving it until the night before will never work in my favour.

If you want to get the higher marks at university you need to put the work in. Second-year commenced and I finally got my act together. A routine is a must during university; setting out a plan for all deadlines, reading and drafting all at least two weeks before.

Ultimately, nothing can really prepare you for the jump between A Levels and a degree. I’m sorry.

If like me you happen to study a humanities subject, you’ll more than likely undergo the torture that is a seminar in which no one wishes to speak. The seminar leader tries to spark up an analytical debate and ease out some response. However, the awkward silence prevails, students staring intently at their laps, laptops or zone out into space.

Just. Say. Anything. Studying English, we were expected to have read a book a week, so of course, there were weeks when I hadn’t read everything. But, opinions are subjective, there’s no right or wrong. Whenever I spoke up I would hear a faint sigh of relief from the 7 other students in the room, the awkwardness momentarily vanishing. Ultimately, you’re going to get more out of the hour of hell by contributing than staring outside thinking about what you’re going to have for dinner when you get in (although food is on the mind 24/7 tbh).

You move out and the freedom of living alone and being independent is exciting. However, after a couple of months, you crave nothing more than a homemade Sunday roast and a quiet night in watching some Chanel 4 documentary with the family. While I love my own space and having the freedom to cook my own meals, I missed the home comforts. Cooking every day becomes a chore and the washing up pile mounts in the corner of the room – Kim and Aggie would have a field day. University has made me a little more grateful for how much my parents actually do for me.

Is there anything you wish you had known before starting university?

Hopefully I’ll head into my fourth year after my year abroad a bit more prepared for what’s to come. Nonetheless, I hope you’ve enjoyed this post and have found it somewhat relatable/useful!

Styling Your Home with Photowall

Graduating in the Time of Coronavirus

Persuasion
by Jane Austen
“I hate to hear you talk about all women as if they were fine ladies instead of rational creatures. None of us want to be in calm waters all our lives.” I’ve only read two of her novels, but after reading Persuasion, I’ve fallen irr...
tagged: classics, favourites, fiction, and romance

Autumn
by Ali Smith
2019 seems to have become the year I read strikingly unique works of fiction that take the art of writing to new extremes. From Max Porter’s Lanny to Ocean Vuong’s On Earth We’re Briefly Gorgeous, Ali Smith’s Autumn is another novel to w...
tagged: contemporary, cover-appreciation, fiction, library, and series

Legend
by Marie Lu
2.5 stars YA dystopian novels were my favourites to read while I was in school, so I was intrigued to see if this would live up to my 15-year-old self’s standards. I’m not sure whether it’s because I’m older, or because the book is ...
tagged: dystopian, fiction, romance, series, and young-adult

“What my uncle said made me think. I had resente

Over my month break, I managed to resist buying ne